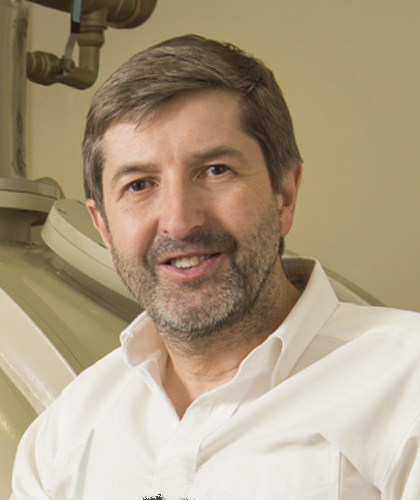 Ronald Walsworth leads an interdisciplinary research group with a focus on developing precision measurement tools and then applying them to problems in both the physical and life sciences.  Multiple start-up companies have spun out of the Walsworth lab, with others being planned. He is also a Professor in the UMD Department of Physics and Founding Director of the UMD Quantum Technology Center.

Company seeks to identify the most promising ideas in quantum technology and create companies that can translate the technology into solutions for society.

QTC gets new home with the recent opening of the E.A. Fernandez IDEA Factory.

Hyperfine has created the next generation of MRI by addressing the challenges of conventional MRI and bringing MRI to the patient’s bedside.

The University of Maryland is one of 11 academic institutions that make up the Center for Integration of Modern Optoelectronic Materials on Demand (IMOD).

The partnership has unlocked the potential of diamond as a quantum material.

QTC Awarded $1.5M from the Department of Energy for Research on Quantum Diamond Magnetometers

From extreme batteries to windows made from wood, Clark School’s trendsetting work ranks it among the country’s Top 10 public engineering schools for the 3rd consecutive year.

SABRE-enhanced NV-NMR may become a high-impact tool for biological applications, such as tracking and monitoring of chemical reactions of metabolites in single cells.

A Quantum Diamond Microscope, augmented with Machine Learning, has been used to noninvasively probe activity within an integrated circuit.

UMD Professor and Quantum Technology Center Director, Ronald Walsworth, and his colleagues, have developed a way to use diamonds to see the elusive details of electrical currents.

Ronald (Ron) Walsworth joined the University of Maryland in August as a Minta Martin Professor of Electrical and Computer Engineering, and as Director of the Quantum Technology Center.

The new research center will catalyze the development of high-impact quantum technologies.