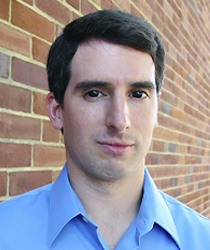 Edo Waks received his Ph.D. in Electrical Engineering from Stanford University while working with Professor Yoshihisa Yamamoto in the area of quantum optics and quantum information. After graduating, he became a postdoctoral fellow at Stanford, working with Professor Jelena Vuckovic in the Ginzton Laboratory on nanophotonic implementations of quantum information processing, before joining the ECE Department as assistant professor for the Fall 2006 semester. He received his B.S. and M.S. from the Electrical Engineering Department at the Johns Hopkins University in Baltimore, Md.

Waks is an National Science Foundation (NSF) Fellow and was a member of Tau Beta Pi, the engineering honor society, at Stanford. He won the Department of Central Intelligence Postdoctoral Fellowship Award sponsored by the Army Research and Development Activity, which funded his postdoctoral research. He received a National Science Foundation Graduate Fellowship (1996-1999), and the William Huggins Award for Outstanding Achievement in Computer and Electrical Engineering, from Johns Hopkins University (1995).

QTC gets new home with the recent opening of the E.A. Fernandez IDEA Factory.

The National Science Foundation Convergence Accelerator Program has awarded $5 million to a UMD-led team for their work on quantum interconnects for ion trap quantum computers.

The University of Maryland is one of 11 academic institutions that make up the Center for Integration of Modern Optoelectronic Materials on Demand (IMOD).

The University of Maryland (UMD) is making a major investment to obtain the most technologically advanced equipment on the College Park campus for application across a broad range of research areas, from neuroimaging to next-generation quantum materials.

DURIP supports university research in technical areas of interest to the Department of Defense (DoD).

The aim of this project, being supported by the NSF Convergence Accelerator program, will be to enable trapped ion quantum computers to communicate over the internet.

The program objective is to create a semiconductor chip that can implement quantum error correcting codes using light.

The researchers received the grant as part of the NSF’s Quantum Leap Initiative.

For many UMD researchers, partnering with the U.S. Army Research Laboratory (ARL) is key.

The project could enable new advanced quantum research and technology.

DURIP supports university research in technical areas of interest to the Department of Defense.

Photonic chip guides single photons, even when there are bends in the road.